Home / Where it’s made 
February 24th, 1634 is a special date for the Paulaner brewery. On this date, the Munich commercial brewers filed a complaint with the mayor in order to ban the Paulaner monks of the Neudeck monastery in the Au district from selling their home-brewed beer. They were unsuccessful. This first official reference is to this day still considered the founding date of the Paulaner brewery and has been a vital part of Munich’s culture, tradition and history ever since.

The popularity of Paulaner beer has always extended beyond the city limits of Munich.  The special enjoyment of beer, our highly skilled brewmaster and the famous Bavarian way of life, are just a few factors contributing to Paulaner’s success –locally and internationally. Black Sheep was born from the pioneering spirit of Paul Theakston who, in 1992, followed his heart and dared to start a new brewery.

Set in Masham, North Yorkshire, Black Sheep produces much loved cask, keg and bottled beers and continues to go against the grain with a flow of new and experimental brews. Each beer is the culmination of brewing expertise spanning six family generations. Today, Paul’s sons Rob and Jo Theakston continue that spirit as Black Sheep stands tall amongst UK breweries, built on a solid reputation for creating beer of outstanding quality full of passion and integrity. 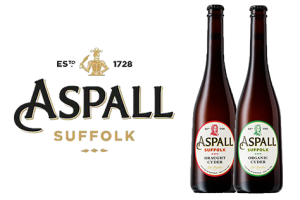 Aspall was founded in 1728 in the parish of Aspall to Suffolk – England, by Clement Chevallier. While all around him were growing cereals, he chose to plant apple tree. Their apples are still pressed at the original Aspall Cyder House to produce the very finest. For nearly 300 years Aspall has combines a love of traditional cyder-making with a passion for innovation. Are world-class cyders which increasingly enjoy global acclaim for quality and excellence.

The Chevallier family is riche in extraordinary characters, tales and achievements, bound by an obsession with apples. The Aspall story is proud, authentic and always at home in Suffolk. 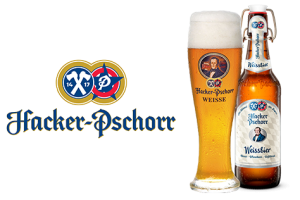 “Since the 15th century, the name “Hacker” stands for pure beer enjoyment, historic originality and all the things that makes Bavaria worth loving and living in. Or in short: Bavarian Heaven”

Hacker-Pschorr is one of the big traditional Munich breweries. Located at the corner of Sendlinger and Hackenstrasse in Munich, the first Hacker brewery was mentioned in 1417.

In 1793, the 23-years-old brewery servant Joseph Pschorr marries Maria Theresia Hacker, daughter of the brew master Peter Paul Hacker and acquires his father-in-law’s house and brewery. Over the next 15 years, Joseph Pschorr transformed the small Hacker Brewery into the top brewery among some 50 operating in Munich, through hard work and with a talent for business.

Today the site of the former brewery is still a popular meeting place for all friends of Hacker-Pschorr and is home to the “Altes Hackerhaus” restaurant. 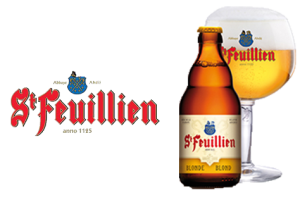 In 1125, Saint-Feuillien Abbey was founded in the town of Le Roeulx in Belgium, by young monks. The abbey prospered as a centre of economic, administrative and cultural activity for seven centuries, and not only as a place of prayer and study. With the French Revolution, the abbey was condemned by soldiers. Saint-Feuillien beer disappeared but nor for long.

In 2003, Brasserie Saint-Feuillien officially opened its new facilities and celebrated 140 years since its founding. 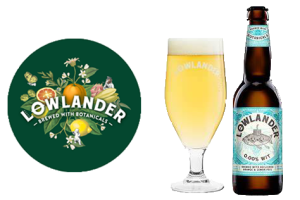 Working in a gin distillery, Frederik Kampman discovered the use of botanicals in distillation and the fascinating world of cocktails. But growing up in the Netherlands, he turned to beer to test the process. He is convinced that a little bit of Dutch ingenuity combined with the power of nature creates endless possibilities.

For 6 years they successfully in brewed with plants to expand the horizons of beer.