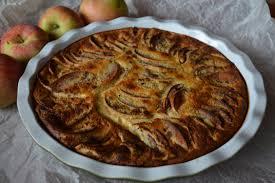 With the rise of vegetarianism, veganism, as well as dietary requirements and intolerances, many establishments have started to cater towards such patrons, offering them options they didn’t previously have.

Yet what many meat-eaters don’t realise is that vegetarians and vegans don’t have to give up many dishes as most can be veganised by simple finding replacements for certain ingredients. Instead of animal milk, for instance, use a plant-based alternative such as almond or coconut milk. Replace traditional cream with vegan cream – which tastes the same! There are also numerous vegan meat replacements, which approximate certain meats in aesthetics, taste and chemical characteristics.

Birra Biss, leading cider, wine and beer distributors in Malta, share some yummy vegan and vegetarian foods which you can pair with Aspall cyder – a drink that is not only delicious, but suitable for vegans, vegetarians and coeliacs alike.

This dry, fruity draught is as thirst-quenching as it is lip-smacking. And what’s more satisfying than a sweet & sour stir-fry with a colourful mix of vegetables to complete the perfect summer’s day? optional tofu to replace the pork traditionally used with this sauce? Top it all off with a slice of scrumptious apple pie or apple crumble, made using vegan margarine.

As experienced beer distributors in Malta, we love how this earthy beverage boasts a rustic quality which pairs well with lasagne or a Bolognese sauce. Both Mediterranean vegetable lasagne can be made in the same way as traditional lasagne by replacing béchamel with soya cream. As a meat replacement, go for vegan mince, red lentils or simply vegetables, in particular aubergine, which offers a surprisingly meaty texture and an earthy, umami flavour. You will be astonished at how similar it will turn out to traditional meat lasagne! Spaghetti Bolognese is no different, simply replace minced meat with vegan mince and nobody will know the difference!

Peronelle’s Blush’s tasty apple and blackberry define a semi-sweet palate, having good acid balance and a long, mild fruity finish. We suggest serving it with a stir-fry (using vegetarian Hoisin or soy sauce), and sharp fruit puddings, in particular those that incorporate berries.

With its good acid balance and sweet taste that leaves a lingering aftertaste of redcurrant and raspberry, the aptly named Isabel’s Berry is the perfect accompaniment with fresh fruit salads or summer puddings, that can be adapted to be dairy-free. One of France’s most popular desserts, for instance, Cherry Clafoutis can be vegetarian or vegan, depending on the type of butter you use. There are vegan butters out there which taste surprisingly similar to dairy butter.

If you are looking for the most reliable beer and wine distributor Malta has to offer, look no further than Birra Biss. Having been in the business since 1995, we know a thing or two about beverages and providing professional service you can depend on!