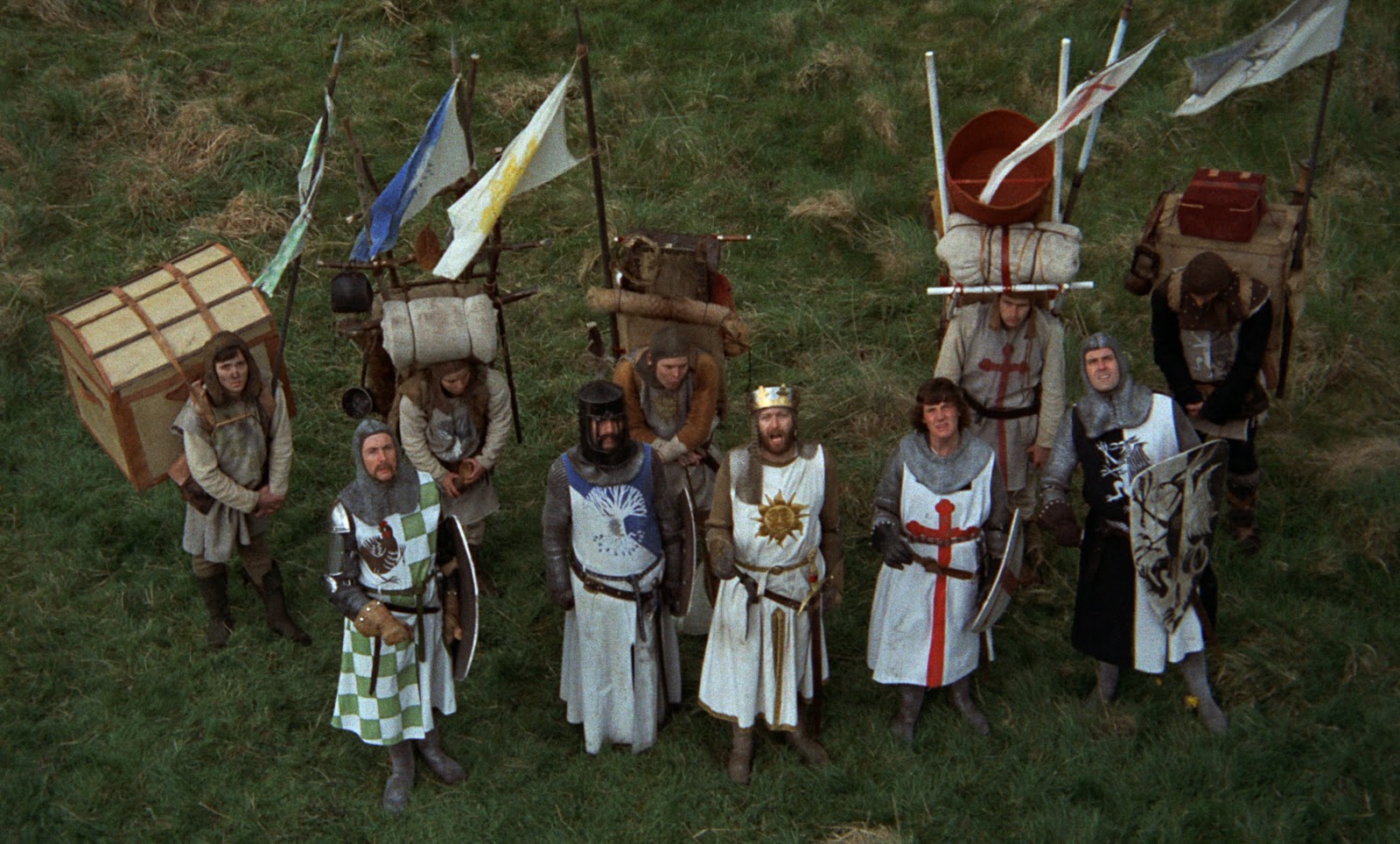 Irreverent, witty and oh-so-quotable, Monty Python’s satire of King Arthur and his band of knights is a holy grail of comedy in itself; a film whose popularity has lasted for generations ever since its release in 1975. As one of the top alcohol distributors in Malta, Birra Biss have compiled some of the most iconic scenes of this British classic.

A scene which shines a spotlight on John Cleese’s talent for playing stubborn anger, it is perhaps the most recognisable to those outside Monty Python’s fanbase. The infamous quote “It’s just a flesh wound!” has even become an idiomatic turn of phrase in everyday language, used to exaggerate feelings of denial about an opponent’s advantage. The phrases “Tis but a scratch” and “had worse” have also become ironic punchlines on Reddit and other Internet forums.

Memorable for turning one of the cutest animals in the world into something bloodthirsty and vicious, the Rabbit of Caerbannog has now been immortalised in musicals, merchandise and even video games. It’s a scene that has everything: humour, chaos and hilarious dialogue, leading to sequence about The Holy Hand Grenade of Antioch which is ultimately used to defeat the terrifying rodent.

3. The Knights Who Say Ni

Can you imagine drafting an entire scene during which nobody utters the word “it” until the very end? The Monty Python crew not only pulled it (argh!) off, but they also used it to great comedic effect – mentioning the world “it” was the only way in which the main character, King Arthur, managed to defeat the fearsome Knights of Ni.

A send-up of both medieval thinking and attitudes towards women, this scene features Connie Booth at her best. Although she’s only in the entire film for a few minutes, her withering disdain for the men around her only serves to highlight the ridiculousness of her situation. And who could forget the “She turned me into a newt / I got better” exchange?

King Arthur gets a lecture about the unfairness of monarchy from Dennis the peasant, resulting in the former getting more and more irritated by just how right the surprisingly intellectual serf is. It ends in Arthur finally assaulting Dennis and yelling “Bloody peasant!” while the other responds “Now we see the violence inherent in the system! Help! Help! I’m being repressed!”

As a quality beer distributor in Malta, Birra Biss are proud to support Black Sheep Brewery and all the different types of ales it has to offer, among which include the Holy Grail Ale. Initially released to commemorate the 30th anniversary of the film, it remains a favourite with ale lovers and comedy fans. For more information about our products and Black Sheep Ale, contact us at Birra Biss, providers of exclusive brands of wine and beer in Malta.