5 of The Best Monty Python Skits Ever

Home / Blog / 5 of The Best Monty Python Skits Ever 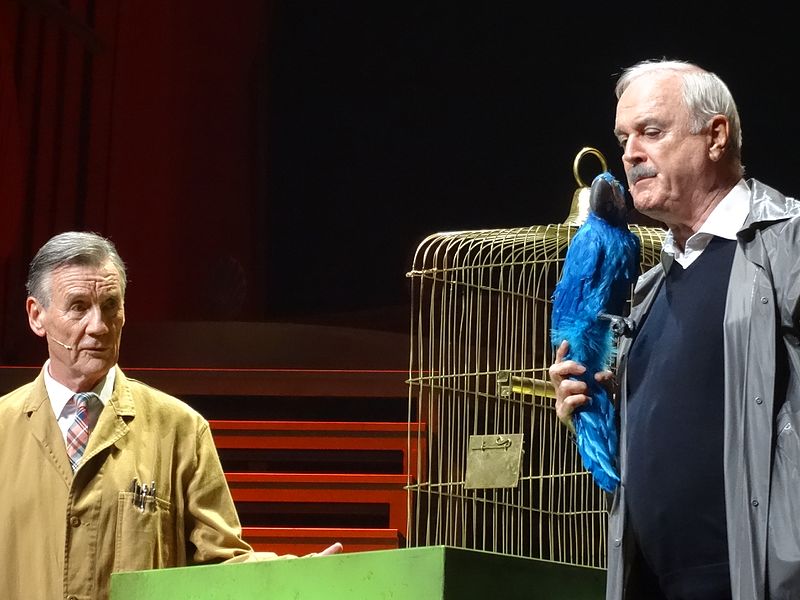 5 of The Best Monty Python Skits Ever

Masters of the surreal and kings of satire, Monty Python are to this very day held up as one of the most influential comedy troupes of all time. With Black Sheep’s “Monty Python’s Flying Circus” included as part of our imported stock of beer, the team at Birra Biss – leading alcohol distributor in Malta – bring you a list of what we consider to be the very best Monty Python skits ever made!

Even those who have never seen a single episode of Monty Python’s Flying Circus tend to recognise the classic dialogue of this signature sketch. John Cleese is famous for his ability to deliver furious, long-winded rants, but few of them are as iconic as his Dead Parrot tirade, which is responsible for jewels such as “If you hadn’t nailed ‘im to the perch ‘e’d be pushing up the daisies!” and “This is an ex-parrot!”

In a 2007 interview, Michael Palin revealed that this particular Python number was created in no less than 15 minutes. It became so popular that even members of the Beatles have paid tribute! Palin’s spirited rendition of his lumberjack life is only made better by Connie Booth’s horrified reactions towards the end as he ends up sharing rather more than she – and the audience – was expecting…

“Nobody expects the Spanish Inquisition!” This line has gone down in comedy history as one of the most quotable and emblematic of Python humour. The burst of dramatic music accompanying every sudden entrance of the three Inquisitors (played by Michael Palin, Terry Jones and Terry Gilliam) just adds on to the hilarity, coupled with the exaggerated captions appearing at the bottom of the screen.

This skit could be seen as a sign of things to come, as far as John Cleese is concerned – his performance as the furious chef is more or less a forerunner to his equally iconic turn as Basil Fawlty during the 70s. Only the Python team could turn something as mundane as a dirty fork into a timeless piece of comedy.

5. The Ministry of Silly Walks

Although many fans and critics considered the Silly Walks sketch to be the Python troupe’s best work, Cleese strongly disagreed – to the extent that he would refuse to do it when they went on tour. Still, this classic bit of visual comedy is forever captured on film, featuring enormously silly scenes of a civil servant walking down a road in an absurd manner.

Looking for a reliable alcohol distributor in Malta?

Contact Birra Biss and find out what we offer! From Black Sheep Ale to Aspall cider, we distribute a fine selection of drinks to quench your thirst and tingle your tastebuds. Thanks to Birra Biss, finding a quality alcohol distributor in Malta has never been easier!

For more of these updates, find us on Facebook.